The cultural activities for international students are sponsored by the Division of Performing Arts & Film · Video of Chung-Ang University, with funding from the Ministry of Education and Science Technology of the Republic of Korea.

For maximum exposure to the traditional and modern Korean culture, the International Center organizes field trips for international students to various historic sites and tourist attractions in the country at least once a month. 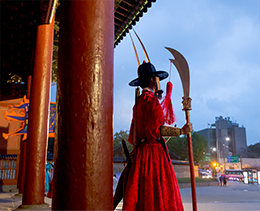 Seoul City Tour
Well-known tourist hub cities like New York, Sydney, Tokyo, Hong Kong, Paris, and London all have their own city tour buses. Like these cities,
Seoul, where the annual visitors exceed 5,000,000, has Seoul City Tour Bus. Specifically designed for touring around Seoul, Seoul City Tour Bus offers its passengers a unique and enjoyable way of learning about Seoul and of sampling everything it has to offer. Students will enjoy visiting the major landmarks of Seoul. 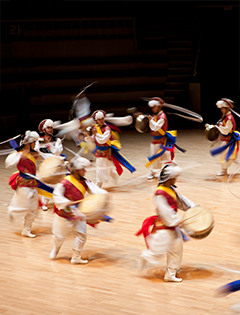 Korean Folk Village
The Korean Folk Village was opened on October 3, 1974 as an open-air folk museum and international tourist attraction for both Korean and foreign visitors. It is the home of the true Korean heritage, where many features of the Korean culture have been collected and preserved for the succeeding generations to see and learn about. A traditional marketplace offers the exotic flavors of Korean cuisine from various regions. Shops stock a variety of traditional handicrafts and souvenirs. "Farmers' Music and Dance" and "Acrobatics on a Tightrope" are performed on the performance arena twice a day. In spring, autumn, and on big holidays, traditional coming-of-age, marriage, funeral, and ancestor memorial holiday customs and ceremonies are held. 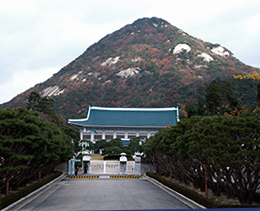 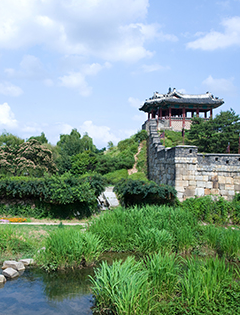 Samsung Electronics Museum & Suwon Hwaseong Fortress
The Samsung Electronics Museum, located in Suwon City, is a place where visitors can fully enjoy high technologies and the state-of-the-art products that have catapulted Samsung Electronics to the status of a leader in the world market. The museum has a nicely equipped exhibition hall and a history hall. You can find many kinds of advanced products in the digital electronics area in the exhibition hall, while a dramatic history of Samsung Electronics, currently one of the world's best electronic companies, is displayed in the history hall. Hwaseong Fortress was the official fortress of Suwon City, Gyeonggi-do, from the latter days of the Joseon Period (1392-1910).The construction of the fortress began in 1794 and was finished in 1796. It was built to show the king's filial piety towards his father Jangheonseja, and also to build a new city with Suwon's own economic power. The fortress was designated as Historical Monument No. 3 in January 1963, and in December 1997, it was designated as one of UNESCO's World Cultural Heritage Sites.

To expose the students to the Korean culture and society, the International Center arranges various cultural activities.
Unlike field trips, these interesting activities allow student participation. 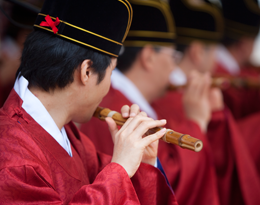 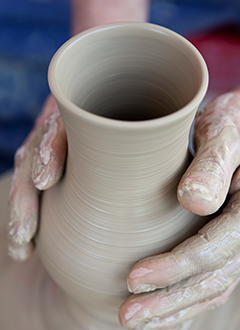 Ichon Ceramic Village
Ichon Ceramic Village, situated in Saum 2-ri, Ichon-up, Ichon City, is the center of the Korean ceramic culture. This region inherited its ceramic-art tradition from the Punwon kilns of the Kwangju region. Today, the nation's renowned ceramists are pouring their efforts into reviving the aesthetics of the Choson white porcelain. There are 150 kilns in the region, and Haegang Ceramic Museum features exquisite works shaped by master hands. The ceramic village demonstrates the making of ceramics and even allows the students to experience it with their own hands. A cornucopia of ceramic articles is also sold at good prices. The annual Ichon Ceramic Festival also provides tourists with diverse ceramic works and folklore events. 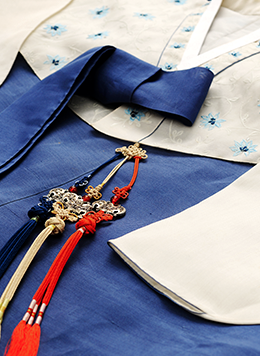 Hanbok(Korean Traditional Costume)Wearing Experience
Hanbok literally means "Korean dress." It is the traditional clothing that the Koreans have worn through the ages and is also the national dress that the Koreans often use to express their sense of identity. This basic traditional costume of Korea consists of a jacket and trousers for men and a jacket and skirt for women. Both the men and women wear an overcoat and a headgear. The basic pattern of the traditional Korean dress developed under the influence of the Northerners has changed little to the present day. The international exchange students have a great time as they learn how to wear Hanbok and take photos of themselves in the traditional dress. All of them say that Hanbok is beautiful. 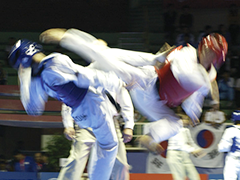 Taekwondo
Taekwondo is a bare-handed military art form and sport of Korea that uses the hands and feet for attack and defense. The focus of Taekwondo is on training the mind along with the body. Together with the university's Taekwondo club Lalfaram, the International Center provides the students with an opportunity to learn and experience the essence of the Korean martial art.