The history of CAU’s school tree goes back to 1937.

In 1937, the founder of CAU, Dr. Louise Yim, and CAU faculty members planted scores of elm trees around the Young-Shin Hall to mark the first CAU building’s completion. Naturally, the growing elm trees became the symbol of CAU’s history and development. The official designation was made when the Korean Ministry of Education instruction came down in the 1970s. Unfortunately, however, many of the elms have been eliminated in the process of building roads and facilities on campus. Today, only a handful remain, in perfect harmony with the antiqueness of Young-Shin Hall.

When Dr. Louise Yim purchased the school lot in Heuk-seok Dong, CAU’s present location, she dreamt of a blue dragon, which later became the school’s symbol. The Blue Dragon Monument, the meaningful and representative statue in our school, was funded by the school’s alumni.

The monument represents a dragon, taking a philosophical view of the universe. With the earth in its arms, the dragon is rising to heaven, receiving blessings from the small dragons below. The blue dragon, already a symbol of sanctity, dignity, and prosperity, stands for the sacredness, authority, freedom, and eternal prosperity of the University. Also, each segment of the monument expresses the grand idea of pioneering the universe, the quest for truth, and the development and prosperity of the school.

CAU Blue symbolizes the youth, vigor, and future of CAU.

The color CAU Blue represents the energetic and progressive CAU, bringing about change and development. By adopting blue, a symbol of truth and wisdom, CAU Blue shows the hardworking, vibrant CAU members, striding toward their dreams, and strengthens CAU’s growth-oriented images including youth, state-of-the-art activities, the future, and dynamism. 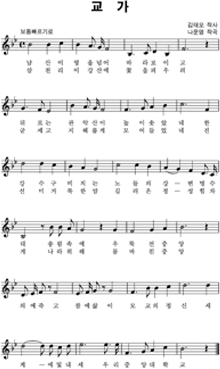